On March 18, 2019, Judge Stuart M. Bernstein of the United States Bankruptcy Court for the Southern District of New York issued a decision enforcing a mortgage lender’s claim for a prepayment premium (a/k/a make-whole or yield maintenance premium) notwithstanding the lender’s prepetition acceleration of the loan due to the debtor’s default. In re 1141 Realty Owner LLC (“1141 Realty”).1

The 1141 Realty Bankruptcy Court acknowledged the general rule set forth in Momentive and AMR that a lender who accelerates a loan following a default precludes a prepayment and forfeits the right to a prepayment premium.

But, based on the language of the loan agreement at issue, Bankruptcy Judge Bernstein found that the parties in 1141 Realty had “contract[ed] around the general rule” by imposing a prepayment premium obligation in connection with any post-default payment. With the observation that “acceleration” was rendered “irrelevant,” Judge Bernstein provided some drafting guidance for lenders seeking to mitigate reinvestment risk in a changeable legal landscape. He also reminded litigants to thoroughly address all issues presented.

Default, Acceleration and the Loan Agreement

In 2015, the debtor borrowed $25 million secured by a mortgage on its New York City hotel property. The debtor defaulted in 2017 and the lender served a notice of default and acceleration of the indebtedness. In its subsequent bankruptcy case, the debtor proposed a reorganization plan paying the lender in full. The lender filed a claim for approximately $32 million, including $3.1 million allocated to a prepayment (yield maintenance) premium. The debtor objected to the prepayment premium, arguing that it was not enforceable after acceleration as a matter of law.

The loan agreement in 1141 Realty provided as follows:

If, following an Event of Default which occurs prior to Free Window Date [payment date 4 months prior to maturity], payment of all or any part of the Debt is tendered by Borrower or otherwise recovered by Lender, such tender or recovery shall be deemed a voluntary prepayment by Borrower in violation of the prohibition against prepayment set forth in Section 2.3.1 and Borrower shall pay, in addition to the Debt, (i) an amount equal to the [prepayment premium] . . . .4

The General Rule, Its Exceptions and Liquidated Damages

In considering the first exception, the Bankruptcy Court determined that the loan agreement in 1141 Realty mandated payment of the prepayment premium “in connection with any payment made after an event of default, not just a prepayment made after an Event of Default but before acceleration” because the relevant provision “deems the post-default payment, whenever made, to be a ‘voluntary prepayment’ for purposes of the [prepayment premium].”7 Accordingly, the Bankruptcy Court in 1141 Realty analyzed the prepayment premium as a liquidated damages provision to determine whether it was valid and enforceable under New York law.8

Under New York law, a liquidated damages provision is valid if: “(1) actual damages are difficult to determine, and (2) the sum is not ‘plainly disproportionate’ to the possible loss.”9 These factors are analyzed based on the circumstances that existed at the time the parties entered into their agreement. The party seeking to avoid application of the liquidated damages provision (here, the debtor) bears the burden of establishing that the provision is invalid. The Bankruptcy Court determined that the debtor failed to meet its burden because its argument that the prepayment premium was an unenforceable penalty was “bereft of any legal or factual analysis” and had been relegated to a footnote in the debtor’s reply.10

In its objection, the debtor asserted that the Second Circuit’s decisions in Momentive and AMR barred prepayment premiums when the lender accelerated the debt. The Bankruptcy Court distinguished those decisions based on differences in the relevant loan provisions: (a) in AMR, the loan agreement expressly provided that no prepayment premium was due in the event of an automatic acceleration14 and (b) in Momentive, the prepayment premium obligation arose in the event of an optional redemption, which the Second Circuit concluded did not include a payment in connection with an automatic acceleration clause.15 In contrast, the loan agreement in 1141 Realty contained language deeming any post-default payment to constitute a voluntary prepayment, whether or not the loan had been accelerated.

The Bankruptcy Court also chided the debtor for giving “short shrift” to the fact-driven issue of liquidated damages enforcement – whether the prepayment premium constituted an unenforceable penalty. Parties are well-advised to be comprehensive in their arguments.16

Stay Tuned on These Issues

In 1141 Realty, the Bankruptcy Court followed the lead of the AMR and Momentive decisions by closely parsing the language of the underlying loan agreement, rather than invoking a bright-line rule. But by enforcing the prepayment premium, the Bankruptcy Court aligned with the Third Circuit and its decision in Energy Future Holdings17 and provides some guidance to lenders in formulating enforceable prepayment provisions. But the legal landscape on make-wholes and prepayment premiums is volatile.18 Lenders should monitor case law developments and, to enhance the potential for enforceability in bankruptcy, provide as much specificity as possible in their loan agreements regarding the terms and timing of prepayment premium obligations.19

8   The Bankruptcy Court found no evidence of intentional default to support application of the second exception.

12 The Bankruptcy Court determined that New York law and Illinois law are similar on this point. See 1141 Realty at *5.

14 See AMR, 730 F.3d at 94 (“While the Indentures distinguish between voluntary and mandatory redemptions as to the debtor's obligation to pay a Make-Whole Amount, Section 3.03 expressly provides, regarding continuing Events of Default in the context of accelerated debt, that ‘[n]o Make-Whole Amount shall be payable on the Equipment Notes as a consequence of or in connection with an Event of Default or the acceleration of the Equipment Notes.’”).

15 See Momentive, 874 F.3d at 802 (“The bankruptcy court concluded that the Senior-Lien Notes holders were not entitled to the [prepayment] premium. It reasoned that under the 2012 Indentures the [prepayment] premium would be due only in the case of an ‘optional redemption’ and not in the case of an acceleration brought about by a bankruptcy filing. The district court agreed. We too agree.”) (citations omitted).

16 Practice point: Important arguments should not be relegated to footnote treatment. Judge Bernstein observed that the debtor first made the enforceability argument in a footnote and stated that “arguments made in footnotes are not adequately raised and need not be considered.” 1141 Realty at *5 (citation omitted).

18 See, e.g., In re Ultra Petroleum Corp., 913 F.3d 533 (5th Cir. 2019) (vacating and remanding for reconsideration the Bankruptcy Court’s determination that prepayment premium and post-petition interest were owed to certain creditors, but noting that “[t]he debtors make a compelling argument the Make-Whole Amount is . . . disallowed [as the economic equivalent of unmatured interest under section 502(b)(2) of the Bankruptcy Code]”).

19 “[P]arties can provide for their rights in any language that plainly conveys their intent. One way to ensure that a make-whole premium is payable even after acceleration is to say so explicitly. Another way [is to] make the premium contingent on any post-default payment.” 1141 Realty at *6. 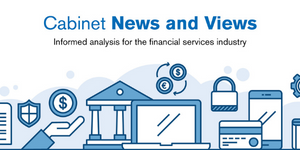